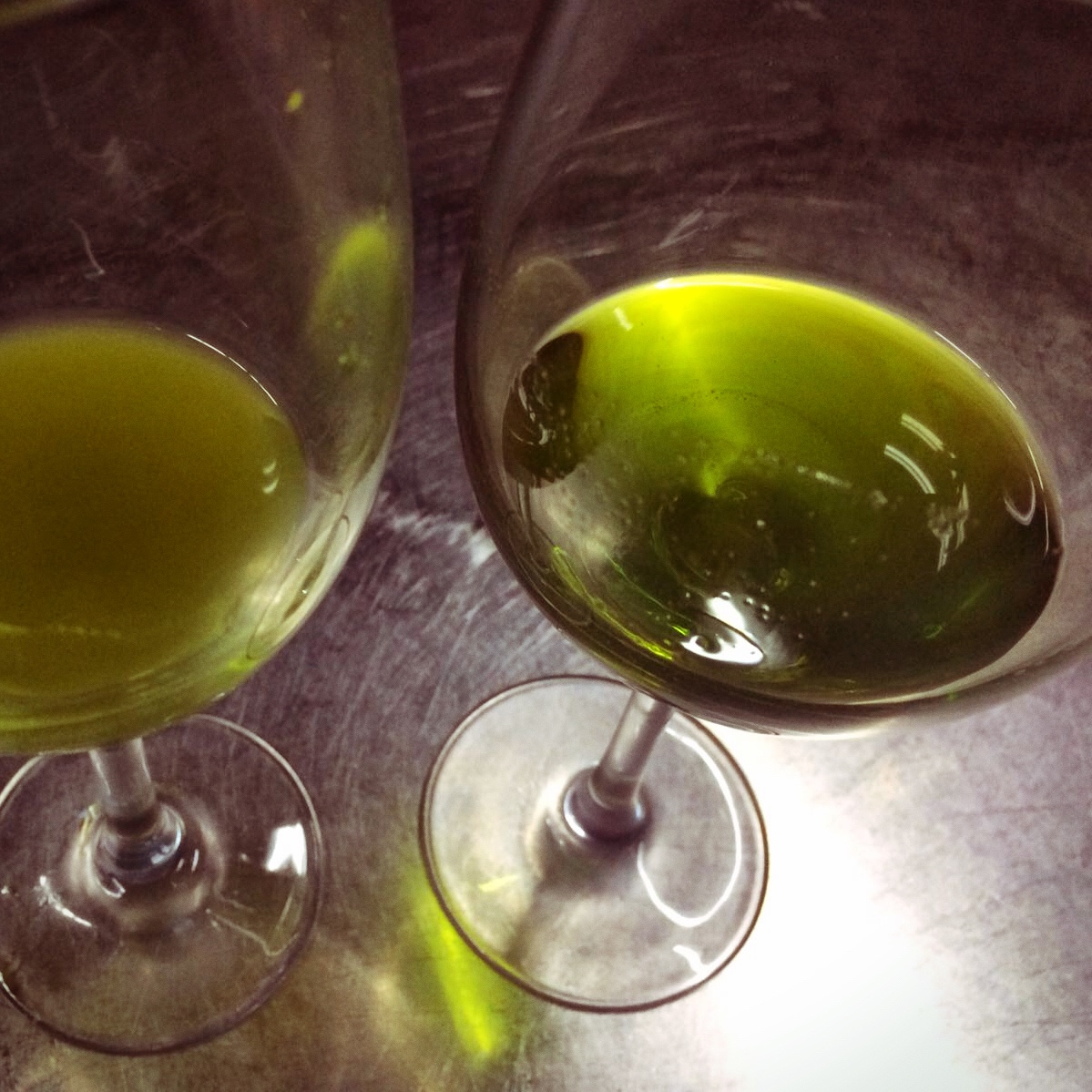 How to Test Extra Virgin Olive Oil by Tasting

(Not all olive oil in the market are virgin, but you can be able to identify virgin olive oil from the taste and aroma.)

Virgin olive oil is made by pressing olives without undergoing any industrial process. Other oils in the market are made through the refinery process thus why they are referred to as ‘refined oils’.

Olive oil is marketed as being pure, light or simply as `olive oil’. A consumer needs to know how to differentiate the real extra virgin oil from other processed oils. This protects the consumer against unscrupulous traders who sell substandard oil in the name of extra virgin oil.

To differentiate between the various brands offered in the market, you need to use the aroma and the taste of the oil. Smell and taste the oil directly from the bottle. Tasting the oil directly will allow you to get the distinct tastes that can be missed when the oil is cooked or mixed with other foodstuffs. Oil as an ingredient helps in complementing taste in food thus when mixed with other ingredients one may not truly grasp its true taste.  Tasting raw oil is not harmful to your health.

The aroma in the virgin olive oil contributes to its flavor. The smell one gets from the oil may vary ranging from cut grass, cinnamon, to tropical fruits or other aromas. Its aroma may contribute to the various descriptions like fruity extra virgin oil, meaning the oil has a fruit flavor. Fruity in extra virgin oil may refer to vegetables and thus users should embrace green olive fruits, artichokes, grass among others as fruits when dealing with extra virgin oil.

For one to test the taste of the oil, you need to take a sip of the oil and then suck air through the extra virgin oil so as to generate more aromas out of it. You should also retro nasal so as get more flavors from the oil. There is no harm when you swallow the oil or a bit of it. The extra virgin oil may have a fruity taste, bitter taste or pungent taste.

If you detect a peppery sensation in the throat, this is known as pungency or the extra virgin oil can be said to be having a pungent taste. This is a positive characteristic of extra virgin oil. The pungent taste is caused by chemical irritation and is also appealing when one gets used to it. People who are enthusiastic about extra virgin oil may classify it according to its pungency from level one to level three as it rises.

The bitter taste in extra olive oil is considered as another positive attribute. The taste is acquired from fresh olives that have a bitter taste. The bitter taste varies depending on the stage of ripeness of the fruits. Riper fruits produce less bitter extra virgin oil than greener fruits. Bitterness has been embraced by humans in different kinds of foods from salad and even chocolate.

Fruity taste in the extra virgin oil may include nuts, butter, and other ripe flavors. This taste may also be of green fruits.

Going The Extra Mile In Tasting

Tasting of extra virgin oil is never complete without having it in combination with food. This is because extra virgin oil uses in the kitchen vary from dressing, frying, baking, mixing in salads among others. Due to these different uses varying brands or varieties may not cater to all needs of a user.

Finde the best extra virgin olive oil on Spanish-oil. We select the best oils from Spain!

On Spanish-oil.com you can find a large selection of extra virgin olive oils, directly from Spain. We always guarantee the newest harvest and freshly filled products, thanks to the direct transport from Spain to all over the World.