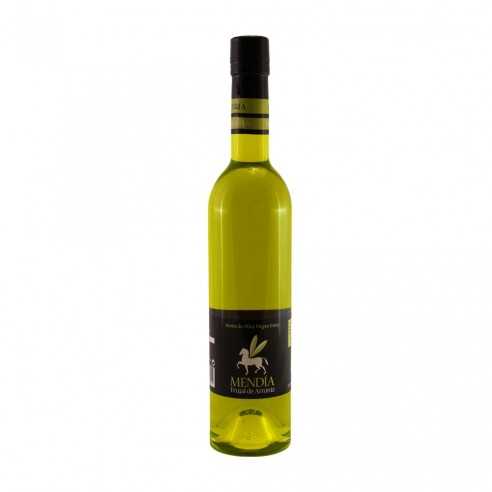 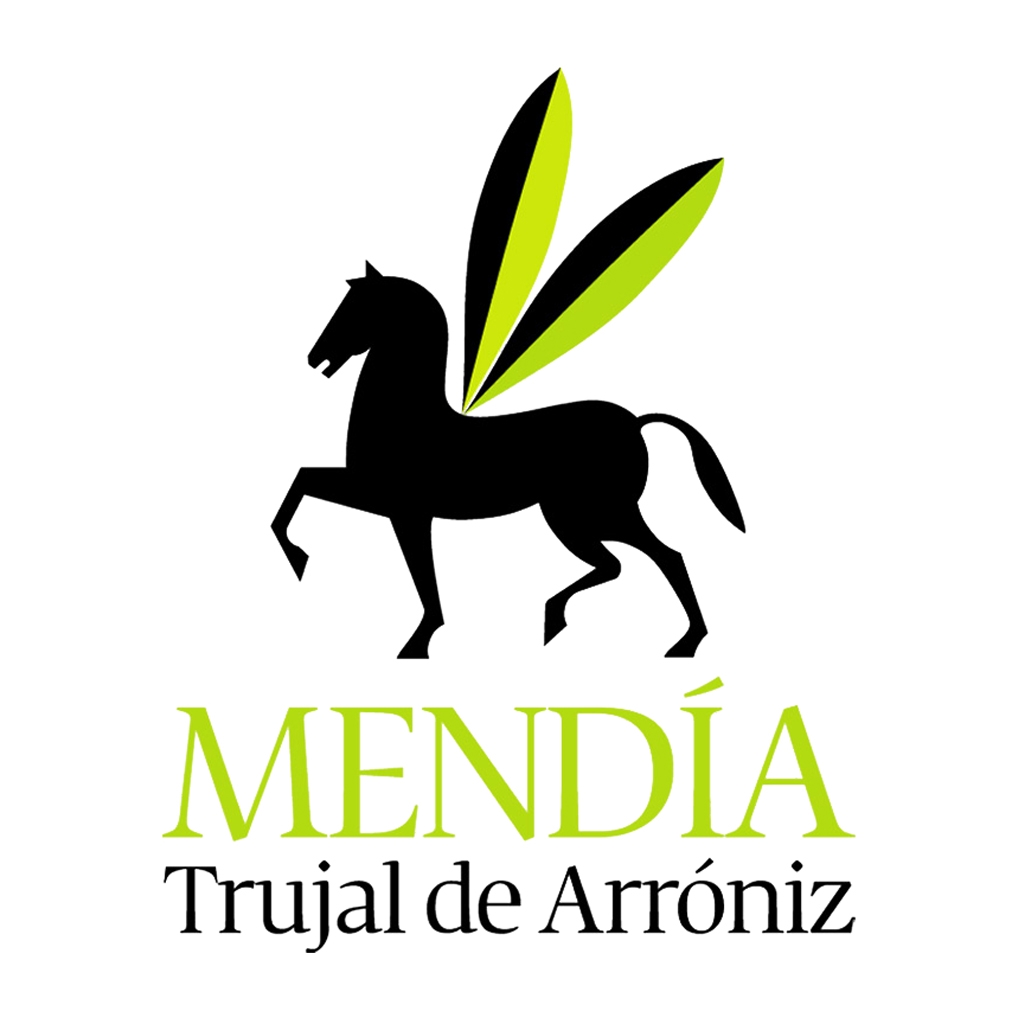 Arróniz, in the region of Navarra, Spain, has provided us with an oil that has a large number of antioxidants resulting in a fresh taste and a healthy oil.

Mendía is an extra virgin olive oil of the Arroniz variety and can be described as a typical Olive Oil of Navarra. Because the medium-sized Arroniz olive comes from the region and is also mainly cultivated in the autonomous community in northern Spain. The medium-fruity oil pleases with its fresh scent and balanced taste. As a Spanish olive oil, it is perfect for Mediterranean cuisine.

The Arroniz olive is particularly popular with olive growers in northern Spain because it survives both cool winters and dry summers well. At home in Navarre, it is perfectly adapted to the climate. Because of the cool spring, it blooms late and, because of the low temperatures at the beginning of winter, has relatively little time to mature.

The medium-sized, oval fruit is dark red to black in color when ripe. The Arroniz is mainly used for olive oil production. Spanish olive oil of this variety is rich in antioxidants. This makes the oil particularly valuable for health. Because it contributes positively to the regulation of the cholesterol level as well as to the avoidance of narrowing of the arteries. At the same time, Mendía, the Arroniz olive oil from Navarre, is very persistent.

Create that holiday feeling within your own four walls and enjoy delicious Spanish olive oil at home with Mendía! As soon as you smell the bottle that has just been opened, you will be greeted by a wonderful freshness. The yellow-green, medium-fruity extra virgin olive oil smells of freshly cut grass and green olive leaves.

The taste of the delicious oil changes from an initial mildness on the tip of the tongue to a pleasant spiciness. Accompanied by the typical olive oil bitterness, Mendía ends with a slight spiciness. The very harmonious olive oil from Navarra should be stored away from air, light and heat.

Spanish olive oil is so versatile

The well-balanced Mendía is suitable for the typical dishes of the Mediterranean cuisine, but can also be used to round off typical German dishes. Use the delicious olive oil from Navarre:

In stock
Olive oil
Olive oil Alfar Arbequina 500ml
Agrícola La Maja
8437002905088
€8.14
A family business that has been cultivating, pressing, and selling exceptionally high-quality olive oil since 1997 from their mill in Mendavia, Navarra.

In stock
Olive oil
Olive Oil La Maja Arróniz Limited Edition 500ml
Agrícola La Maja
8437002905330
€11.05 €12.27
An incredible and unique extra virgin olive oil that will not leave you indifferent. Native variety of Navarra for which the best olives are selected

In stock
Olives
Black Olives of Aragon La Masrojana 220g
8420642000022
€3.59
The Spanish Kalamata olive is picked at its largest size and left for months to develop its ideal flavor, perfect for salads, pasta, and pizza.

In stock
Olive oil
Olive oil Alfar Arbequina 5L
8437002905002
€36.78 €40.86
2 Reviews
A family business that has been cultivating, pressing, and selling exceptionally high-quality olive oil since 1997 from their mill in Mendavia, Navarra.

In stock
Olive oil
Olive oil Alfar Arbequina 1L
8437002905224
€11.73
A family business that has been cultivating, pressing, and selling exceptionally high-quality olive oil since 1997 from their mill in Mendavia, Navarra.

In stock
Olive oil
Olive oil Alfar Arbequina 500ml
Agrícola La Maja
8437002905088
€8.14
A family business that has been cultivating, pressing, and selling exceptionally high-quality olive oil since 1997 from their mill in Mendavia, Navarra.

In stock
Olive oil
Olive Oil Casas de Hualdo - Cornicabra 500ml
8437011668035
€9.74 €10.82
Cornicabra olives are the native variety of the Denomination of Origin Montes de Toledo. Made with olives grown at high altitude in hard and rough soils, it gives a high quality olive oil with a high amount of polyphenols and antioxidants.

In stock
Olives
Caspe Olives La Masrojana 220g
8420642001609
€3.59
Harvested in September while still unripe and left to macerate in aromatic herbs, the Caspe olive has an unmistakable and soft bitter taste that makes it ideal as an aperitif or in salads.

In stock
Olive oil
Olive Oil La Maja Koroneiki Limited Edition 500ml
8437002905354
€12.27
Buy one of the best extra virgin olive oils of the Greek Koroneiki variety. Do not miss the opportunity to try an oil of unique intensity.
Tap to zoom